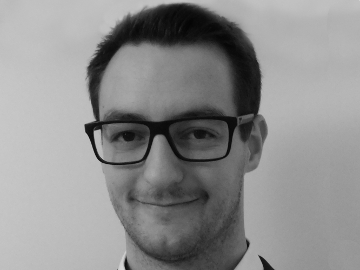 Department for Geodesy and Geoinformation

Gilbert Kotzbek was born in Bruck a. d. Mur, Austria, in 1987. He spent the entire period of his academic education at the Department of Geography and Regional Research, University of Vienna, Austria. There he received his undergraduate degree in Geography (BSc) as well as his graduate degree in Cartography and Geoinformation (MSc) both with distinction in 2010 and 2013 respectively. Afterwards he joined the department’s Research Group on Cartography and Geoinformation Science as a University Assistant and finished his doctoral degree with distinction in 2017. His doctoral thesis is about GIS-based football game analysis encompassing novel approaches to the examination of the game’s collective spatiotemporal interactions and phenomena. He then worked as a GI expert and project manager for the Land-, forst- und wasserwirtschaftliches Rechenzentrum GmbH (LFRZ), Vienna, Austria. Since the beginning of the winter term 2018/19 he holds a post-doctoral position as University Assistant at the Department for Geodesy and Geoinformation, Vienna University of Technology, Austria.